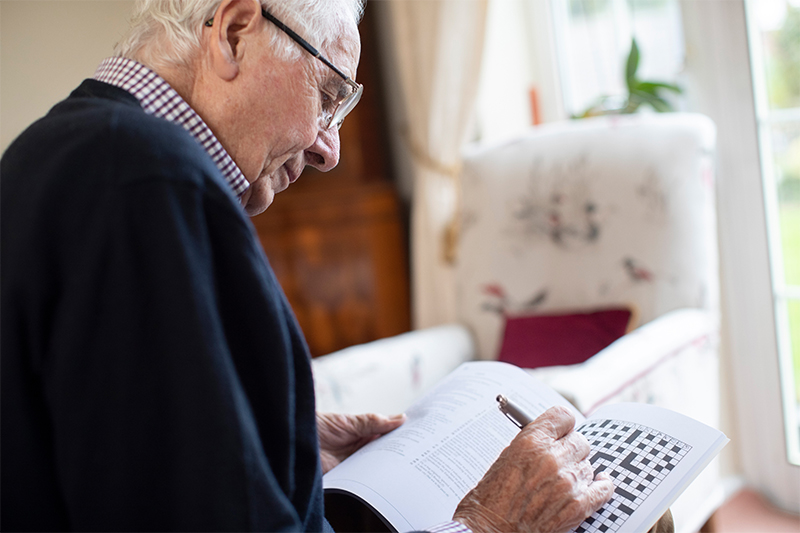 According to a two-year study, healthy eating, brain training, exercise and sound medical management may prevent age-related cognitive decline and, perhaps, dementia. The study sampled 1,260 people, aged 60-77, randomly assigning one group to receive some general health advice and another group to follow a special program. The advice and training given to participants in the special program included: Diet Eat plenty of fruit and vegetables, wholegrain cereals, low-fat milk and meat products. Participants were also told to eat less than 50 grams of sugar a day and have at least two portions of fish a week. Cognitive training Participants received computer brain training sessions and were advised to improve mental acuity by doing puzzles, reading and other activities requiring cognition. Exercise Participants were told to do strength training one to three times a week and aerobic exercise two to five times a week. The exercise advice was tailored to

A Designer Has Created Tableware To Help People With Dementia 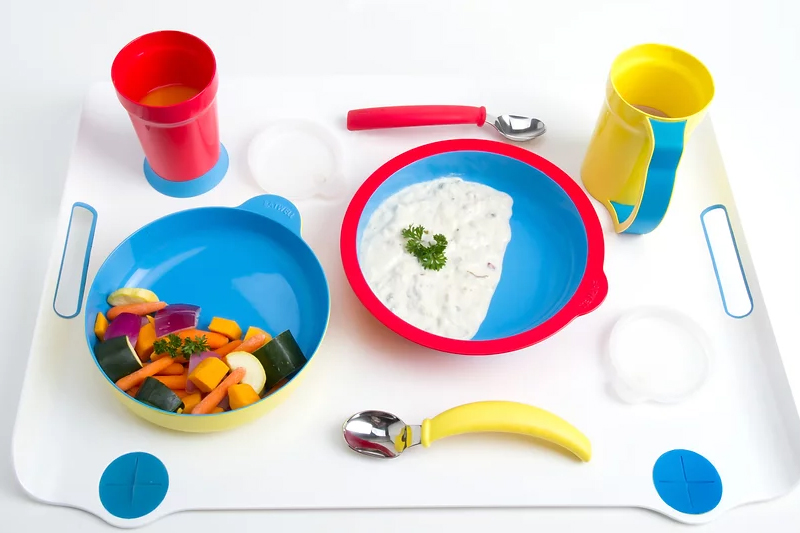 Alzheimer’s and other neurodegenerative diseases can make even basic tasks extraordinarily difficult. Designer Sha Yao saw this firsthand when her grandmother was diagnosed with Alzheimer’s disease. In response, she created Eatwell, a seven-piece tableware set. It features bright, primary colors, which Yao chose based on a Boston University study that showed individuals with cognitive impairment consumed 84 percent more liquid and 24 percent more food when they were served in brightly-colored containers. Other features of the tableware set include cups and bowls with angled bases. This allows contents to shift naturally to one side and make them easier to drink or scoop up. The accompanying spoons are ergonomically designed to correspond to the contours of the bowls. In addition, the tableware set has holes with flaps at the edge of the tray where a napkin, bib or apron can be tucked to prevent spills. The set’s drink-ware features wide bases, reducing 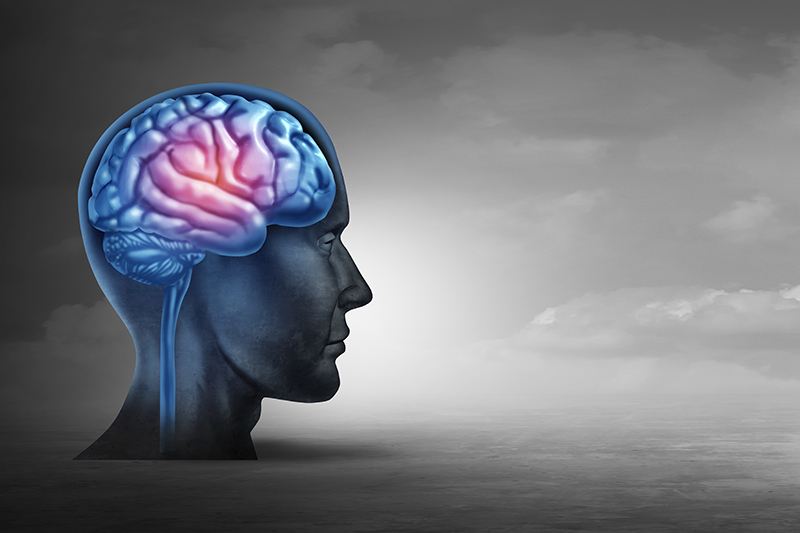 Virtual Reality Is Now Being Used to Help People With Dementia 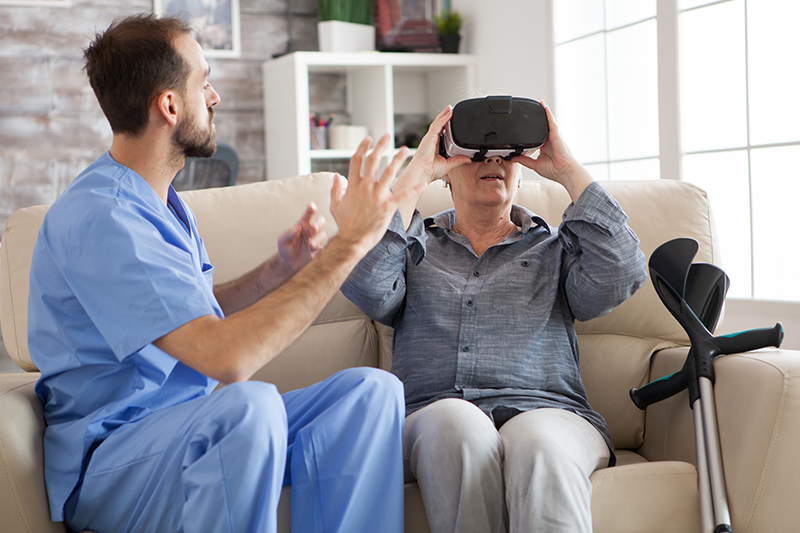 Modern technology has been used for years to address challenges faced by seniors. Nintendo Wii’s motion gaming technology, which allows users to play virtual tennis and engage in other virtual activities, became quite popular in nursing homes as a way to get residents to exercise. Microsoft’s motion gaming sensor, Kinect, has helped patients recover from painful medical procedures. In addition, numerous wearable and smart appliance technologies are being created to allow seniors to live at home rather than moving to a long-term care facility. Now virtual reality is helping seniors who struggle with loneliness, depression and even dementia. An article in the Washington Post explored this development. The article focuses on a physician in the San Francisco Bay area, Sonya Kim, who uses virtual reality headsets to treat lonely and depressed seniors. She has found that the therapy makes a dramatic impact on her patients’ lives. “It lifts the moods 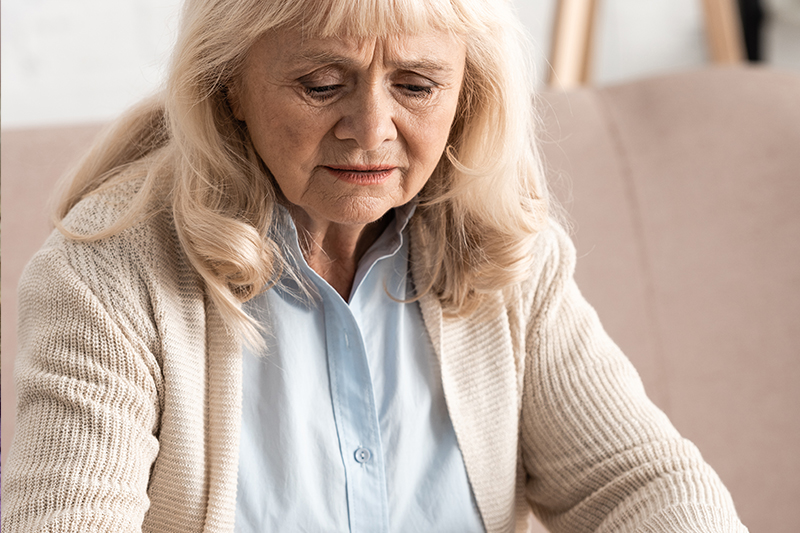 The Difference Between Alzheimer’s Disease and Dementia 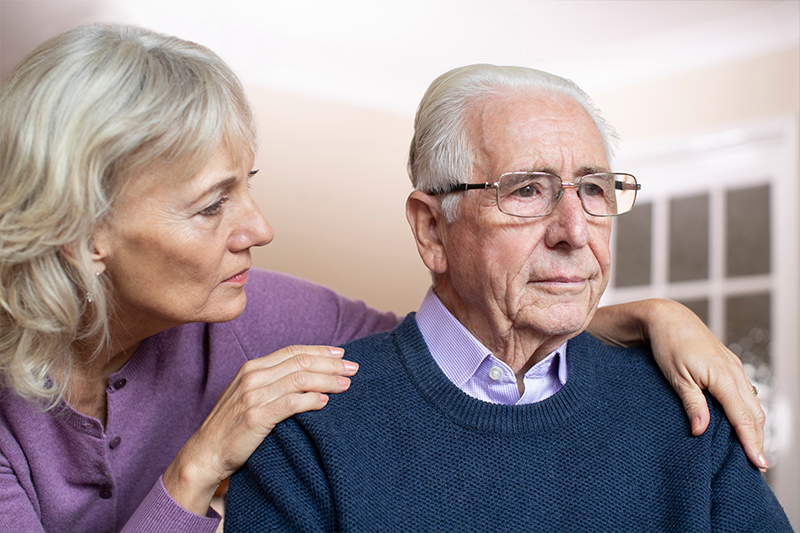 Many people think that Alzheimer’s disease and dementia are interchangeable terms for the same medical condition. This is not the case. Dementia is an umbrella term that encompasses a variety of conditions associated with memory loss. Alzheimer’s disease, on the other hand, is a specific type of dementia. Let’s look at some of the similarities and differences between the two. The causes and symptoms of dementia. Dementia, in general, is caused by damage to cells in the brain resulting in the damaged cells inability to function the way they normally would. There are a variety of factors that can lead to brain cell damage, and these factors are what often distinguish one type of dementia from another. For instance, what is known as vascular dementia is typically caused by a stroke, whereas Lewy body dementia is caused by protein deposits (Lewy bodies) forming in sections of the brain responsible for