ATM Skimming – Yes, It Could Happen To You

ATM Skimming – Yes, It Could Happen To You 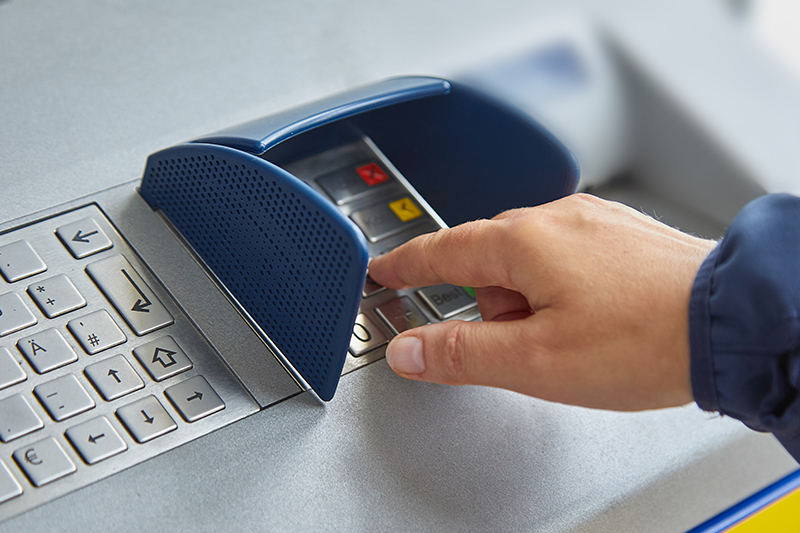 It’s all so convenient. You go to the gas station, insert your debit card into the reader at the pump, fill up your car, and you’re on your way. Or when you need some pocket money, you simply go to the nearest Automated Teller Machine (ATM), swipe your card, take your cash and go. Thanks to modern technology, there’s no longer any need to waste time waiting in long lines at gas stations or banks.

Thieves also love the convenience of gas station card readers and ATMs. They’ve come up with some ingenious ways to use them to gain access to your bank account information, and therefore, your hard-earned money. It’s called ATM skimming, and the crime requires just two easily obtained components. The first is the skimmer itself. This is a counterfeit card reader, which is placed over the ATM’s actual card slot. When you swipe your card through the counterfeit reader, it scans and stores all the information contained on your card’s magnetic strip.

Okay, so what, the thieves don’t have your PIN, right? Well, they do, because the second aspect of skimming typically involves a tiny hidden camera, placed on the ATM itself or close by, that photographs the PIN numbers entered into the ATM.

ATM skimming is far more prevalent than you might think. According to the financial analytics company FICO, skimming increased by 546% from 2014 to 2015. The security company ADT estimates that more than $1 billion was stolen from ATMs in 2008 alone, although not all of that was the result of skimming. Some thieves still seem to prefer the old-fashioned approach. They just crack open ATMs and grab the cash.

Other than never using ATMs again, there’s not much you can do to prevent becoming a victim of skimming. Fortunately, there are some ways to improve your odds of avoiding the scam. FICO reports that 60% of skimming incidents take place at non-bank ATMs, so you might want to stay away from those. Also, some banks and ATMs are testing technologies that permit account holders to withdraw money without using their cards. You can ask your bank if that may be an option for you. In addition, upgrading your card to one that is EMV chip-enabled is a good idea. Unlike an ordinary card’s magnetic strip, EMV chips incorporate a dynamic code designed to thwart counterfeiting. Given how prevalent skimming has become, it is likely that all cards will use an EMV chip in the future.

Finally, it is important to monitor your bank accounts regularly. This is true for all of your accounts. Your financial well being and credit rating depend on it.

You can learn more about ATM skimming by visiting https://finance.yahoo.com/news/atm-skimming-546-theres-not-120000406.html.